Did God Bring the Corona Virus?

Recently, I was talking with a friend and they asked, “Why are we praying for God to remove the Corona virus? Didn’t God bring the Corona Virus?”

Great question, right? After all, we know from Scripture there are times where God brings plagues upon people. See the verses below.

Numbers 11 “33 While the meat was still between their teeth, before it was chewed, the anger of the Lord was kindled against the people, and the Lord struck the people with a very severe plague.”
Revelation 22 “18 I testify to everyone who hears the words of the prophecy of this book: if anyone adds to them, God will add to him the plagues which are written in this book”
In our lives, we have all heard those religious people on television tell us that God brought AID’s upon the homosexual community or Hurricane Katrina upon the people of New Orleans for the city’s decadence.

Now with the outbreak of COVID-19, perhaps there are some of us looking at the shortcomings of the Evangelical church in the United States, and thinking to ourselves, “Maybe this is God’s way of rebuking their hypocrisy?”

Fortunately, we see this same conversation unfolding in Luke 13:1-5:

However, Jesus did not agree with their assumptions about the world. No one is without sin. He makes His view clear in verse 2, “do you suppose that these Galileans were greater sinners than all other Galileans?” He reframes the issue. All are sinners. So do tragedies come upon those who sin more than others? Even to that question, His answer is no.

Jesus doesn’t even really answer the question. What is much more important is that all people turn away from sin and towards Him. Judgment will eventually come to all those who do not name Jesus as their Lord and Savior. Jesus’ greater point is that sin exists in the world. Therefore, when horrible things happen, we should remind ourselves that those things are symptoms of sin. We should then look inward to the sin our own souls, so that we would depend on Jesus and be rescued.

But bad things still happen, to believer and unbeliever alike. Still, the intention isn’t always God’s judgment. Many times it is simply to show His power and glory. Read the story of the blind man in John 9.

1 As He passed by, He saw a man blind from birth. 2 And His disciples asked Him, “Rabbi, who sinned, this man or his parents, that he would be born blind?” 3 Jesus answered, “It was neither that this man sinned, nor his parents; but it was so that the works of God might be displayed in him”… 6 When He had said this, He spat on the ground, and made clay of the spittle, and applied the clay to his eyes, 7 and said to him, “Go, wash in the pool of Siloam” (which is translated, Sent). So he went away and washed, and came back seeing.
Here we see the suffering of being born blind. God did not cause this man’s blindness to punish him for his sin, though he was a sinner like all of us. God used the fact that sin affects all of us, even physically, to show that He is more powerful than sin.

Based on that, how should we think about today’s Corona virus pandemic? Should we spend our time trying to figure out who God is trying to punish? Should we try to identify what sins to avoid, so that we won’t get infected and be hospitalized or die? No.

Scientists and doctors should be trying to learn all they can about the virus and its source in order to better treat people for infection and reduce the number of people infected. We should even read articles to gain understanding and wisdom about how best to navigate the situation.

But, instead of placing blame for why this is happening. Let us consider these responses:

Let’s reflect on our own sin. Let us reflect on the fact that God judges all sin. Without faith in the death, burial, and resurrection of Jesus Christ we face not only the earthly threats of disease and suffering, but also eternal judgment for our sin.
Let’s also reflect on the power of God, to protect us from earthly catastrophe, to perform miracles of healing and wonder, and to transfer us from the realm of sin and darkness into Jesus’ kingdom of holiness and light.

Our gift to you!

Sign up for our weekly newsletter and include your mailing address so we can send you a copy of Look Around – Continue. Care. Challenge., a devotional Bible study that our church family goes through every Sunday. 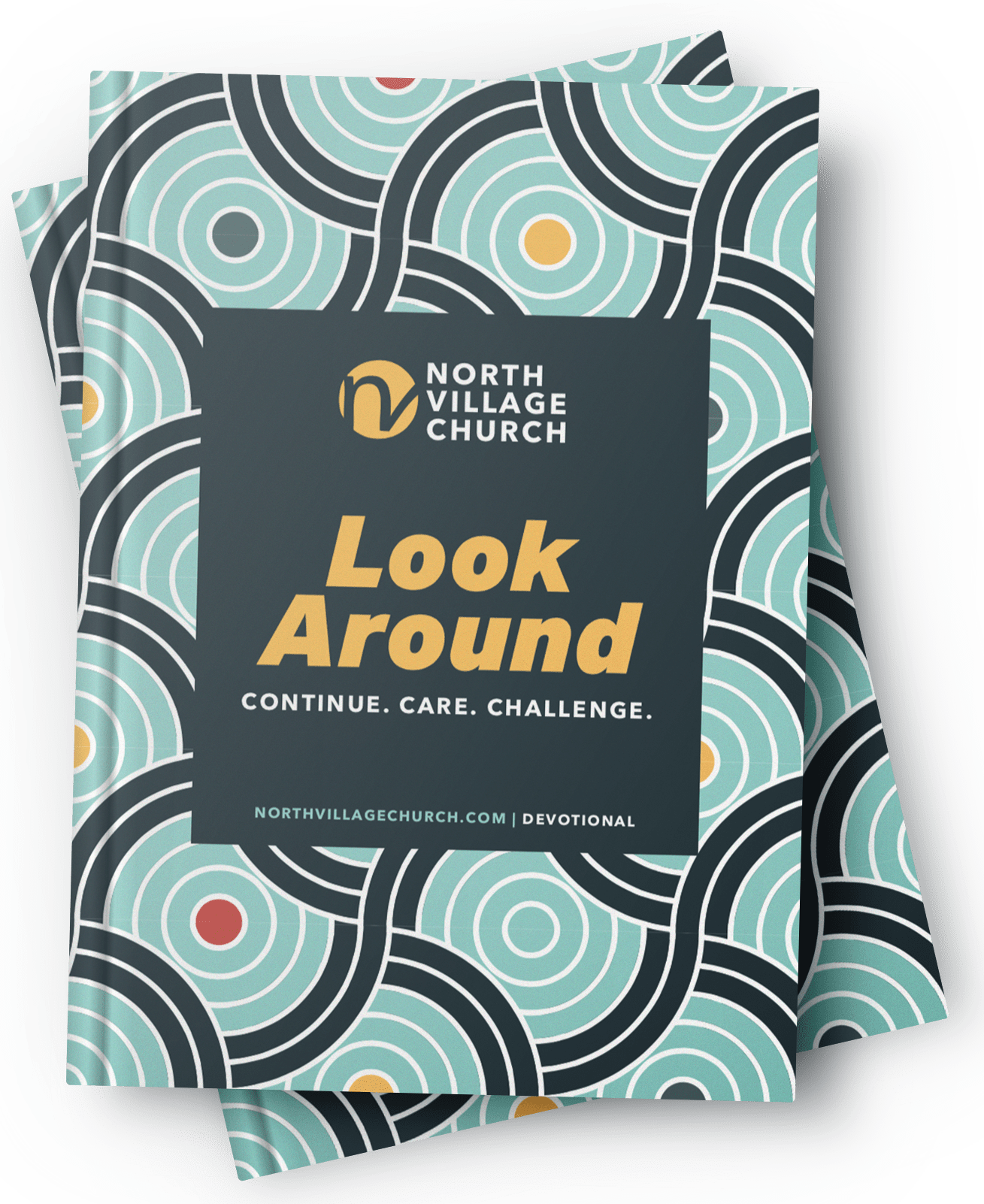